A (Short) History of Affiliate Marketing

Posted 9 years ago by Skimlinks

Affiliate marketing has a strong claim to be the most lucrative revenue stream you’ve never heard of. You might see a disclaimer here, or a line item in revenue reports from a profitable digital native publisher there, but otherwise it passes under the radar.

And that’s because it is such an unobtrusive way of making money. In most instances, a publisher adds a piece of code to the footer of their website, and automatically begin to be rewarded when one of their articles is responsible for a purchase on a brand’s website that it links to.

Despite the super techy name, it has been around for a long time and in our opinion is a revenue stream publishers can’t afford to miss out on. But don’t take our word for it, explore the history of this humblest of revenue streams.

Our story starts in 1989: the fall of the Berlin Wall, Madonna singing “Like A Prayer” and a man by the name of William J. Tobin.

The “Father of Modern Affiliate Marketing” – as nobody calls him – that year founded a little remembered company called PC Flowers & Gifts. The seventh startup of ten he’s founded since 1968, it sold flowers online and was the first brand in history to have an affiliate program. By 1991 it had driven over $6m in sales and by 1998 and almost 3000 affiliate marketing partners.

As with any ecommerce innovation, Amazon was not far behind. It launched Amazon Associates in 1996, which became a template for brands to launch their own affiliate programs and remains a key player in the affiliate world today.

Larger affiliate networks including Commission Junction followed in 1998. These organisations first enabled advertisers to run their affiliate programs and publishers to generate revenue from affiliate partnerships.

Thereafter the history of affiliate marketing has followed the growth of the internet. The creation of cookies enabled tracking of the impact of affiliate marketing, the arrival of ecommerce in the late 90s, proliferation of online publishing in the 2000s and rise of influencers in 2010 have all helped to power affiliate’s growth into a $12 billion industry.

At which point in the story it’d be remiss of us to not draw attention to Skimlinks’ arrival on the scene. Starting life as a social shopping tool, Skimlinks rapidly became a platform for publishers to use affiliate marketing to generate significant commerce revenues from content they wrote about products.

Since launch in 2007, Skimlinks has scaled into a genuine commerce platform with various solutions to help publishers earn even more from affiliate. Day-to-day we now don’t even talk about affiliate, instead we talk about “commerce content” and our tools to help publishers help their readers, and earn more money from at the same time.

The leading publishers in the market have developed to such a place that in the last few years they’ve now spun off commerce content into its own dedicated brand. Publishers like New York Magazine are so successful they can dedicate entire editorial teams and brands to creating commerce content that helps them earn up to 25% of their revenue from affiliate.

Which brings us up to speed and to today. Affiliate has come a long way in a short time and outlived the lifetime of other much more well known revenue streams (hello display advertising!). And it is still on the up. If you’d like to learn more about affiliate marketing and how you could implement it for your own website, you can see some top tips for affiliate beginners to monetize their content here. Monetizing Your Video Blog – It’s Easier than You Think! 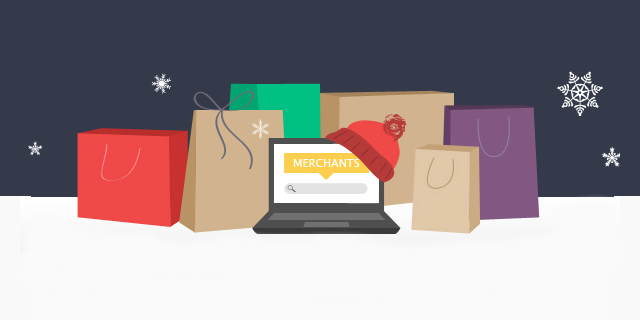